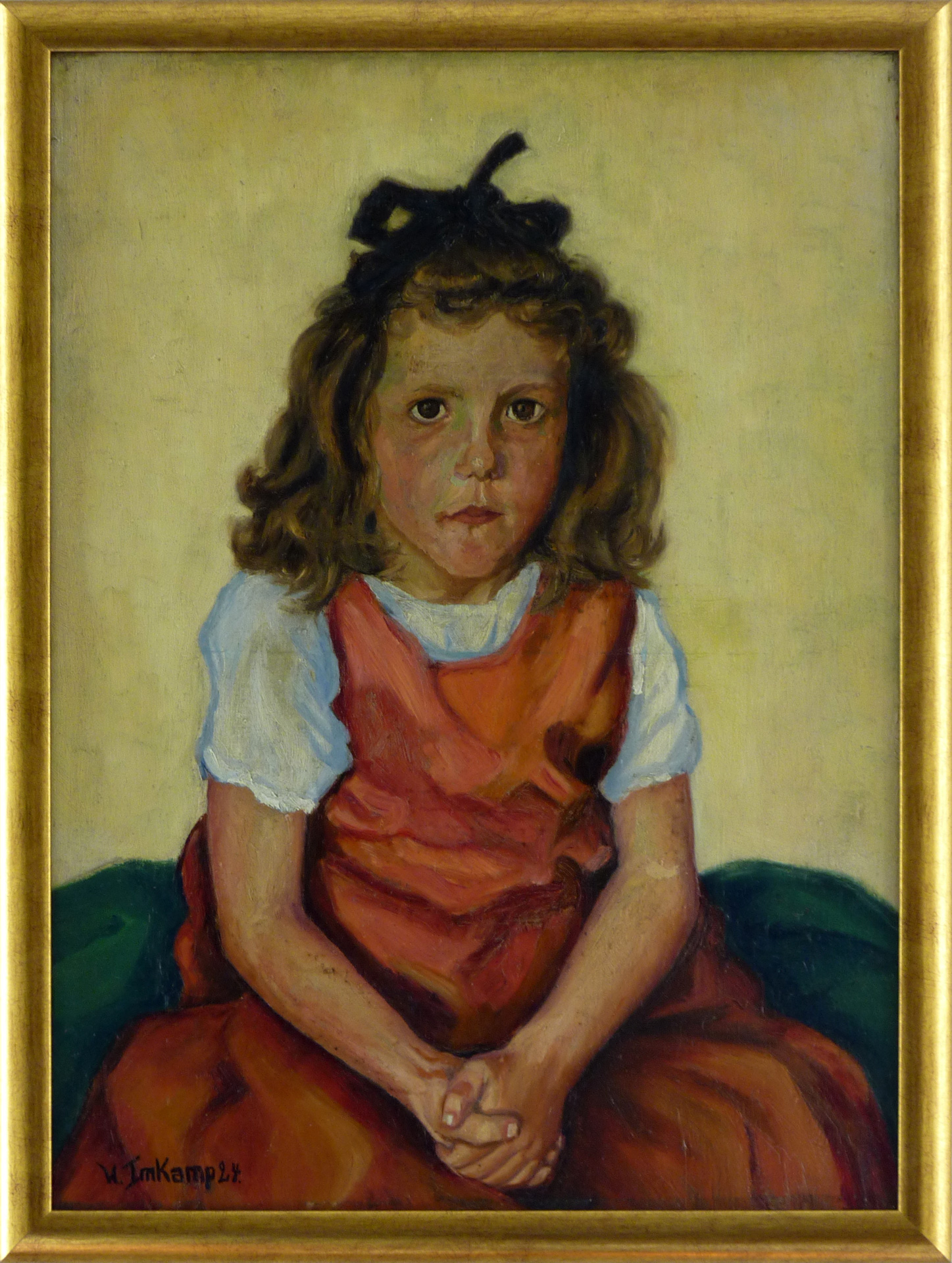 In 1924 my mother was seven years old and lived in Münster. Her mother had given her the name “Ferdinande” and was very proud of that choice. But little Ferdinande never liked the name and always called herself “Nanny”. Now it’s many years later and my mother passed away (Nanny, *1917 - †2016).

She remembered: “We lived at Dahlweg 26 in Münster in a house with a big garden. ‘Willi’ (Wilhelm Imkamp) was our neighbor. He was seventeen yeas old and I think he liked me a lot. One day he asked me to pose for him as a model. I always had to sit motionless in the same position which was quite a big task for a little girl like me.”

As a reward she later got the painting and kept it all her life.

Today it’s nice to see that my daughter is interested in the painting of her grandmother. She has restored it and given it a new frame. Now it’s decorating her home.

Wilhelm Imkamp lived from 1906 to 1990. He studied at the Bauhaus in Dessau from 1926 to 29 and is mostly known for his abstract paintings. See Gallery Ostendorff and this PDF.